In recent years, novel treatments for multiple sclerosis (MS) looking at B cells have transformed the field. B cells are integral with regard to MS, as demonstrated by the benefits of therapies depleting B cells in mitigating the illness. 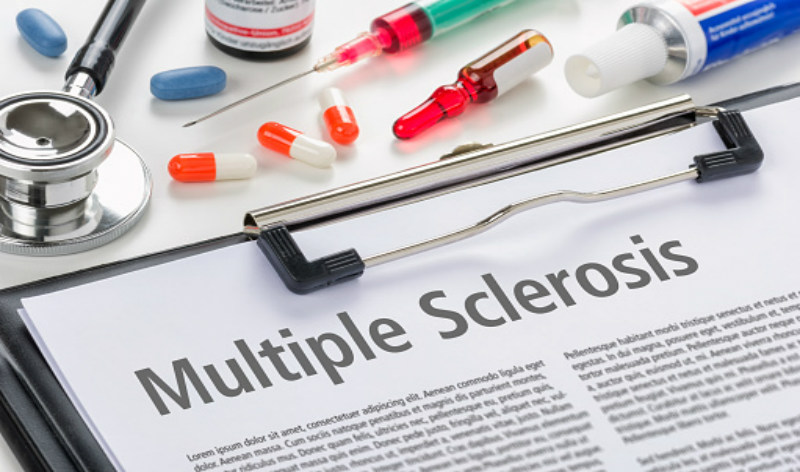 An expert panel from the American Academy of Neurology has released a new guideline on the treatment of multiple sclerosis, and recommends early treatment with disease modifying therapies.

An expert panel from the American Academy of Neurology has released a new guideline on the treatment of multiple sclerosis, and recommends early treatment with disease modifying therapies.

The notion that a virus may affect MS pathogenesis has long been held and is bolstered by various studies. To this end, antiviral strategies aimed at the Epstein-Barr virus (EBV), the most likely viral etiology, are in development.

With MS, a dysregulated immune system leads to bouts of peripheral inflammation and inflammation in the CNS compartments, which results in the loss of neural tissue and increasing disability. Periods of aberrant regulation or immune-cell activation result in the transportation of immune cells across the blood-brain barrier (BBB) into the CNS, where these cells cause disease relapses. Compartmentalized inflammation in the CNS occurs in perivascular lesions and in the meninges.

EBV contributes to the gamut of MS presentations, from pediatric onset to relapsing-remitting, mild, severe, and progressive forms. In animal models, neuroinflammation, demyelination, and neurodegeneration support the role that viruses play in autoimmune disease.

According to the authors of a March 2020 article published in Trends in Molecular Medicine, “MS does not develop in the absence of exposure to EBV, and EBV is a ‘required,’ but insufficient on its own, contributor in early disease pathophysiology.”

Higher rates of EBV may stimulate new relapses due to T-cell exhaustion, which stymies the ability of the body to stop EBV reactivation. The development of new brain lesions on imaging in patients with EBNA1-specific T cells that recognize myelin supports CNS involvement.

EBV may also potentiate CNS-compartmentalized inflammation/injury, contributing to relapsing disease. Moreover, B cells infected with EBV may travel outside the CNS and burrow deep into the cervical lymph nodes, where their collection impairs T-cell responses in the periphery.

Antibodies in the CSF of MS patients identify EBV antigens; in addition, B cells and plasma cells infected with EBV are found in brain and meningeal immune-cell collections. According to the authors of the aforementioned article, the ability of these cells to foster germinal center-like reactions in the meninges could bolster immune-cell activation and contribute to pools of pathogenic EBV-infected cells in the CNS.

EBV dodges the immune system by establishing latent infection in B memory cells. It employs distinct latency transcription programs that leverage normal B cell differentiation pathways, and forces the infected B cells to transition from activated B cell blasts to latently infected resting memory B cells.

In a January 2022 study published in Science, investigators tested the EBV-mediation hypothesis by studying MS development in a cohort of 10 million young Americans in the military. Of these, 955 developed MS during their time in the military.

The risk of MS increased by 32-fold following EBV infection, although not after infection with other viruses, such as cytomegalovirus. Only after EBV seroconversion was there an increase in blood levels of neurofilament light chain, a biomarker for neuroaxonal degeneration.

“These findings cannot be explained by any known risk factor for MS and suggest EBV as the leading cause of MS,” the authors concluded.

Various therapeutic options have been suggested to treat MS, including antiviral drugs, B cell depletion, boosting immunity via vaccination, and enhanced immune surveillance.

Recently, the anti-CD20 antibody ocrelizumab has garnered attention for its ability to dramatically attenuate disease activity in MS. In a September 2021 study published in Multiple Sclerosis, researchers assessed the effect of ocrelizumab treatment on the cellular immune response to EBV using blood samples from MS patients treated with the agent.

They found that lymphocyte proliferation in EBV-infected cells dropped at 6 and 12 months of treatment. Cells secreting interferon-γ secondary to EBV stimulation also decreased.

“The benefit of ocrelizumab for MS may be through removal of EBV antigenic stimulus,” the authors concluded.