The importance of women supporting women in medicine

Physicians-in-training have a lot on their plate—so much so that feelings of being overwhelmed and isolated may creep in just a few days into residency. One way to remedy this is by establishing community with other residents, which can work wonders to mitigate burnout. 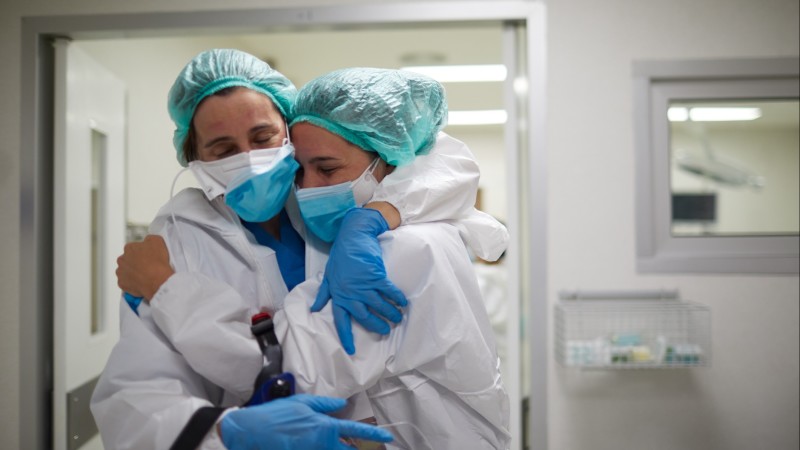 This strategy may prove particularly helpful for female residents, who are up against several systemic barriers to academic advancement and leadership in the medical profession. By uplifting each other through mentorship and support groups, female physicians pave the way for a future rich with women in medical authority and leadership positions.

It’s no secret that gender inequity pervades medical practice. In 2015 position statement published in the Annals of Internal Medicine, the physician workforce was composed of a little over one-third of women, and at that time, just under half of medical residents were women, too.

While this certainly marks an improvement in terms of gender diversity of doctors across the United States, it doesn’t eliminate the many obstacles that women physicians still navigate in medicine today.

Systemic inequities hinder academic advancement, and medical leadership positions attained by women are few and far between. In addition, the lingering compensation gap pulls down women’s incomes, even among specialists, by as much as a 37% decrease compared with specialist-physician incomes among males.

These challenges are compounded by a few other factors. Female physicians often deal with gender bias and accompanying discrimination, a poor work-life balance, and imposter syndrome. To top it all off, they regularly lack opportunities for mentorship, according to the Annals of Internal Medicine.

These dynamics exists despite the ethical guidance presented by the American College of Physicians in their Ethics Manual, which deems discrimination based on race, gender, and other classes a violation of professionalism principles.

Changing the status quo, though a Herculean task, may be possible with a multiple-pronged approach. The Annals of Internal Medicine recommends a list of strategies for colleges and medical institutions to use to increase the number of female physicians.

Among them is increased mentorship opportunities coupled with coaching and development programs. Connecting female physicians with mentors and coaches is essential to their academic and professional success. Mentorship plays a major role in physicians’ career decisions, as well as their personal development.

Unfortunately, many women have difficulty finding social support in the form of mentors. That’s why female physicians are banding together to lift each other up, which is proving crucial to the career growth and well-being of many.

To combat gender inequity and create more opportunities for women to advance their careers in healthcare, there are a number of strategies female physicians are currently employing.

A technique known as “amplification” is used by some women doctors in medical leadership meetings, as described in an article published by the Canadian Medical Association Journal. To ensure that a concern or idea voiced by a woman member is not ignored, her female colleagues will draw attention to it, and repeat it as many times as needed until it’s accounted for.

The same goes for using amplification to be sure that a woman speaker gets credit for introducing ideas or concerns. Women aides in the White House originally popularized this form of support.

The creation of forums specifically for women in medicine to share their experiences and offer each other assistance is another practice that is extremely valuable. The Forum for Women in Medicine at Washington University School of Medicine in St. Louis was formed by Rakhee K. Bhayani, MD, an associate professor there, after she repeatedly heard female residents complain that they “felt invisible.”

These female residents described their experiences in navigating gender bias, being silenced by male physicians, and not being considered for leadership positions. Bhayani now directs the Forum for Women in Medicine. She aids in the organization of lectures, workshops, and events centering on leadership skill development, self-advocacy, and maintaining a work-life balance. This provides the female residents with the tools they need to succeed in a profession riddled with gender inequity.

Christina K. Anderson, MD, a third-year resident at Barnes-Jewish Hospital, speaks to the efficacy of forums. “It is incredibly important to have groups like the Forum for Women in Medicine,” Anderson stated.

“We share similar experiences and challenges as women in medicine. Women supporting other women helps us to propel each other into positions of leadership and authority.”

A particularly helpful resource for Black female doctors is the Association of Black Women Physicians. This organization features a few signature programs, one of which is the Sister-to-Sister Mentoring Program.