Streptococcus pneumoniae can invade the heart and lead to cardiac injury during severe pneumonia, and also induce cardiac scarring after antibiotic treatment, according to a study published in American Journal of Respiratory and Critical Care Medicine. 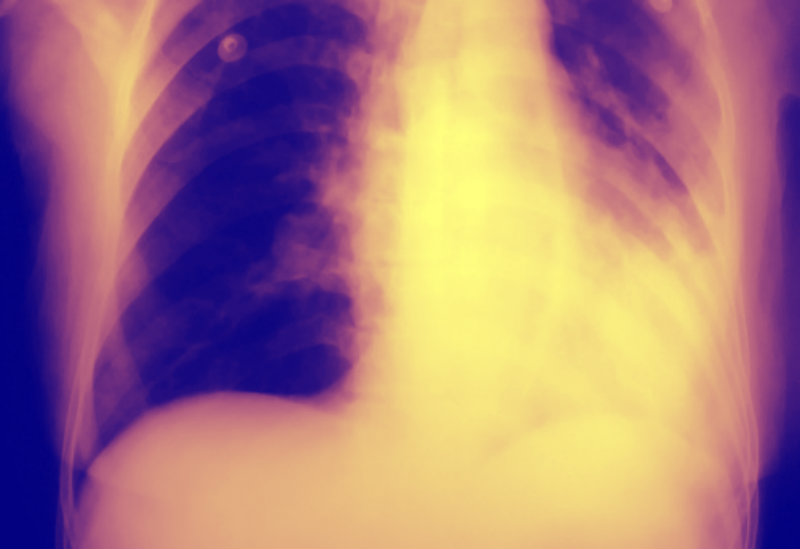 Pneumonia invades the heart as well as the lungs

“This study presents novel evidence that S. pneumoniae can invade the heart during severe pneumonia and induce cardiomyocyte death via direct cytotoxic effects,” the authors wrote. “These findings could potentially explain the development of short- and long-term cardiac complications associated with community-acquired pneumonia (CAP) due to acute cardiomyocyte injury and induction of scar formation in the heart.”

This research team showed in a prior investigation that S. pneumoniae in a mouse model can invade the myocardium, induce cardiac injury, and subsequently disrupt cardiac function. But pneumonia in mice isn’t a perfect model for pneumonia in people. So in the current study, the researchers used several adult baboons to mimic the development of severe pneumonia in humans.

The researchers infected six middle-age to elderly baboons with S. pneumoniae. Three of the infected baboons, after developing pneumonia, were given antibiotic treatment (ampicillin). Investigators evaluated all animals, both before and after infection, with electrocardiogram, echocardiogram, and serum biomarkers for cardiac damage.

Results showed that electrocardiogram and echocardiogram detected non-specific ischemic alterations in both acutely-ill and treated baboons. In addition, serum levels of cardiac biomarkers (troponin-T and H-FABP) increased after pneumococcal infection in all animals.

“We performed immunofluorescent staining of the different parts of the heart in all animals and confirmed the invasion of S. pneumoniae in the myocardium,” wrote lead co-authors Luis F. Reyes, MD, and Marcos I. Restrepo, MD, MSc, both in the Division of Pulmonary Diseases and Critical Care Medicine at the University of Texas Health Science Center at San Antonio, in San Antonio, TX.

The bacteria were also found to replicate in the cardiac tissue of the baboons with acute pneumonia but not in the treated animals, the researchers reported.

Ex vivo examination of the primate hearts revealed that S. pneumoniae induced necroptosis and apoptosis of cardiomyocytes, resulting in severe cardiac injury. This was detected in the myocardium in both ill baboons and those treated with antibiotics. Investigators found evidence of cardiac scar formation only in treated animals.

“This finding is significant because killing cardiomyocytes and inducing a proinflammatory response may contribute to the generation of MACE [major adverse cardiac events] during pneumococcal pneumonia,” Dr. Reyes, Dr. Restrepo, and colleagues wrote.

Although pneumococcal infection is a known independent risk factor for MACE, it hasn’t been known whether S. pneumoniae can directly generate adverse cardiac events in people with severe pneumococcal pneumonia.

“Our findings are novel as they provide translational data highlighting the etiologic role of S. pneumoniae in causing MACE in patients with pneumonia,” the authors explained. “Because S. pneumoniae is capable of inducing cardiac scar formation, and cardiac scars are known to cause arrhythmias and heart failure, our findings might explain why MACE occur up to 10 years after the acute infection.”