Idiopathic pulmonary fibrosis (IPF) is routinely misdiagnosed and mismanaged with steroids, according to a recent review article published in the New England Journal of Medicine. 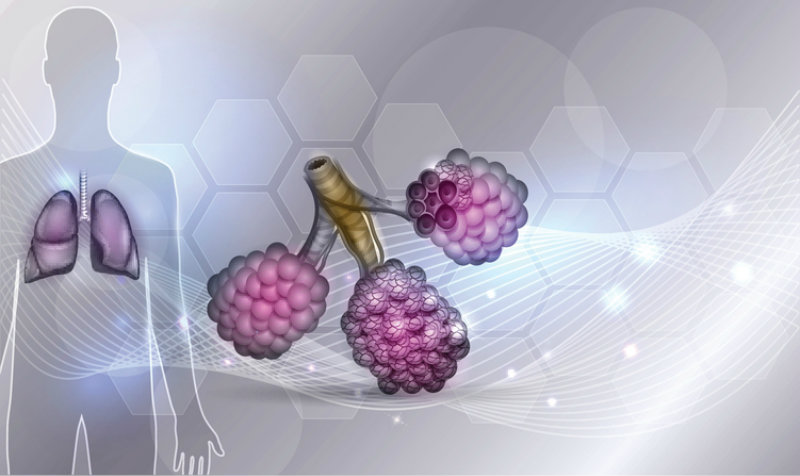 “Advances in therapeutics, including individualized approaches and interventions to halt collagen deposition, may one day eliminate the need for lung transplantation and turn IPF into a lifelong chronic disease,” the authors wrote.

“Advances in therapeutics, including individualized approaches and interventions to halt collagen deposition, may one day eliminate the need for lung transplantation and turn IPF into a lifelong chronic disease,” the authors wrote.

Worldwide, the prevalence of IPF is increasing, as evidenced by ballooning hospital admissions and deaths secondary to IPF.

IPF prevalence is highest in North America and Europe. In the United States, the prevalence of IPF is between 10 and 60 cases per 100,000, but this number could be higher.

Physicians should consider IPF as a differential diagnosis in adults presenting with unexplained exertional dyspnea, chronic dry cough, or crackles on lung examination. According to the literature, some patients who have presented with IPF have had to wait 5 years before being properly diagnosed by a clinician.

“Early recognition and accurate diagnosis are likely to improve outcomes through avoidance of potentially harmful therapies (eg, glucocorticoids for IPF) and prompt initiation of therapies that are effective even in the early stages of disease,” the authors wrote.

One popular model explaining the pathology of IPF suggests that continual, subclinical epithelial injury along with accelerated epithelial aging interferes with alveolar repair and leads to the deposit of interstitial fibrosis via myelofibroblasts.

Mutations of genes that play a role in telomere length are linked to a heightened risk of IPF, including TERT, TERC, PARN, and RTEL1.

A single-nucleotide polymorphism, or rs35705950, located in the promoter region of MUC5B drastically increases IPF risk. MUC5B encodes for the glycoprotein mucin 5B, which is needed for airway clearance and bacterial immune response.

On the basis of clinical suspicion, high-resolution CT whittles down the list of differential diagnoses. The “usual interstitial pneumonia” (UIP) pattern on CT is indicative of IPF and is composed of heterogeneous paraseptal fibrosis plus architectural distortion.

Once IPF is suspected on CT, the clinician should perform a focused history and physical exam to rule out other interstitial conditions including hypersensitivity pneumonitis (ie, mold exposure, bird exposure, or workplace exposure) or autoimmune disease (ie, antinuclear antibody testing).

If the high-resolution CT shows UIP without any known etiology, then IPF is diagnosed.

Thorascopic lung biopsy from multiple lobes is an option when clinical data and high-resolution CT findings fail to confirm a diagnosis of IPF. This intervention should not be undertaken in high-risk patients or patients who would receive no benefit from therapy. Furthermore, biopsies should not be obtained from severely fibrotic areas, as results would be nondiagnostic.

Even with an abundance of clinical data, however, diagnosis can be difficult and often requires the input of a multidisciplinary team.

These nonpharmacologic approaches include:

Researchers have discovered that two medications can safely help patients with IPF: nintedanib and pirfenidone. Nintedanib is a tyrosine kinase inhibitor that targets growth-factor pathways. Pirfenidone exerts anti-inflammatory and antifibrotic effects. Because these two medications have yet to be tested head-to-head, one medication cannot be recommended over the other at this time.

According to current treatment guidelines, prednisone combined with azathioprine and oral N-acetylcysteine should never be used to treat IPF, and increases the risk of death by 9 fold. On a related note, current guidelines recommend the use of antacids to treat IPF. However, no evidence supports this recommendation.

In phase 2 clinical trials, pamrevlumab, an antibody targeting connective-tissue growth factor, slowed the decline of lung function during a 48-week period. Researchers are also examining other forms of IPF immunotherapy.

Median survival for IPF patients ≥ 65 years of age is 3.8 years. Every year, between 10% and 20% of patients with IPF experience acute exacerbations, which are characterized by respiratory failure. People with IPF often die from progressive, chronic hypoxemic respiratory failure and few receive palliative care.

Physicians managing patients with IPF should be on the lookout for comorbid conditions including venous thromboembolism, lung cancer, and pulmonary hypertension.

“Novel preventive interventions, evolving use of screening biomarkers, and the eventual ability to target newly discovered risk factors for IPF could lead to a decline in the incidence of this disease as well as other fibrotic interstitial lung diseases in coming years,” predicted the authors. “Advances in therapeutics, including individualized approaches and interventions to halt collagen deposition, may one day eliminate the need for lung transplantation and turn IPF into a lifelong chronic disease.”