Can vitamin E boost immunity against pneumonia in the elderly? A discussion with Dr. Elsa Bou Ghanem 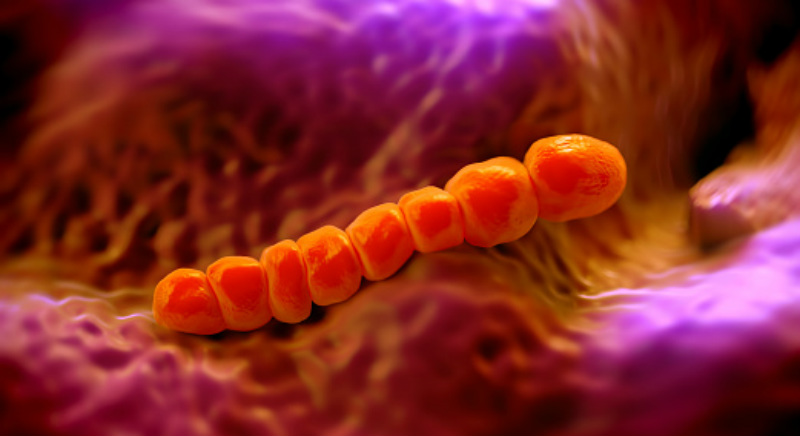 Immune function in the elderly generally declines with age while basal levels of inflammation increase, putting this population at a greater risk of developing pneumococcal pneumonia.

Immune function in the elderly generally declines with age while basal levels of inflammation increase, putting this population at a greater risk of developing pneumococcal pneumonia.

Immune function in the elderly generally declines with age while basal levels of inflammation increase, putting this population at a greater risk of developing pneumococcal pneumonia. In a 2015 study, researchers used an aged mouse infection model to show that oral supplementation with the alpha-tocopherol form of vitamin E (the same form of vitamin E found in multivitamins and nutritional supplements) decreased pulmonary inflammation and reversed the age-associated decline in resistance to pneumococcal pneumonia. In short, vitamin E boosted the response of immune cells against Streptococcus pneumoniae.

In this interview, Elsa Bou Ghanem, PhD, a microbiology and immunology researcher at Tufts University School of Medicine, in Boston, MA, discusses a new study that investigates vitamin E’s ability to increase the immune response against pneumococcal bacteria in humans.

MDLinx: What was the main finding of this study?

Dr. Bou Ghanem: In this study, we tested the effect of aging and vitamin E on the behavior of neutrophils isolated from the blood of healthy elderly vs young people in response to the bacteria Streptococcus pneumoniae (pneumococci) in vitro. We found that vitamin E boosted the ability of neutrophils to kill pneumococci.

The study was a collaborative effort of the Department of Molecular Biology and Microbiology at Tufts University School of Medicine, under the direction of John Leong, MD, PhD, and the Immunology Laboratory at the Jean Mayer USDA Human Nutrition Research Center on Aging at Tufts, with Simin Nikbin Meydani, DVM, PhD, and Alexander Panda, MD, PhD, MPH.

MDLinx: In your previous study, the aged mice given extra alpha-tocopherol supplementation had 1,000-fold less bacterial burden in their lungs. In your current study in humans, did you find any indication of how effective the alpha-tocopherol was in ultimately lowering risk of pneumococcal infection in the elderly?

MDLinx: Did you find any other differences between the previous mouse study and this current human study?

Dr. Bou Ghanem: No. In both, vitamin E boosted the response of immune cells against Streptococcus pneumoniae.

MDLinx: In your current study, what differences did you find, if any, between neutrophils of young participants vs those of elderly participants?

Dr. Bou Ghanem: We examined the ability of neutrophils, isolated from the blood of individuals, in two ways: first, their ability to migrate toward the bacteria; second, their ability to kill the bacteria. We found that neutrophils from both older and younger donors move toward the infection in a similar manner. However, neutrophils from older donors killed the pneumococcal bacteria better than young donors. These results suggest that the certain neutrophil responses do not decline with age.

MDLinx: Is the ultimate goal of this research to develop a nutritional treatment, such as a vitamin E supplement that would fight pneumonia and other pneumococcal infections?

Dr. Bou Ghanem: The goal of our research is to better understand how age and nutritional status interact to help shape immune responses to serious and often life-threatening lung infections. In our ongoing studies with cells, we are starting to examine how vitamin E and aging affect co-infections of influenza/Streptococcus pneumoniae, which is a serious cause of morbidity and mortality worldwide.

About Dr. Bou Ghanem: Elsa Bou Ghanem, PhD, is a Research Associate in the Leong Laboratory of the Department of Molecular Biology and Microbiology at Tufts University School of Medicine, in Boston, MA.