Combining these 2 substances can be harmful to your health

In 2012, Colorado voters were the first to approve the recreational use of marijuana. Fast forward to May 2021, and its recreational use is now legal in 17 states, plus Washington, DC and Guam, while medical use is legal in 36 states and four territories. Add the increased access to marijuana to the ubiquity of alcohol and you get the most common form of polysubstance misuse around. 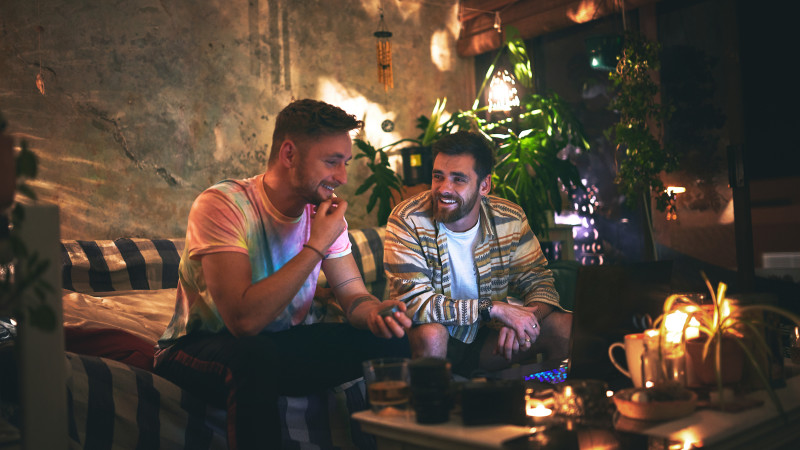 Mixing alcohol and marijuana is a common practice, but using them at the same time can be harmful to your health, according to studies.

Mixing alcohol and marijuana is a common practice, but using them at the same time can be harmful to your health, according to studies.

According to the literature, various studies stress that the biopsychosocial effects of combining alcohol and cannabis are additive. One key concern is impaired driving performance, as concurrent use heightens the risk of collision. The combination can also increase the risk of unprotected sexual intercourse, as well as various other legal, academic, health, and relationship problems. Click here to learn more about marijuana's unexpected effect on sex, on MDLinx.

Chronic use of alcohol and marijuana combined can also decrease cognitive functioning in brain structures such as the hippocampus. These effects are more pronounced when the drugs are used together compared with when the drugs are used separately. Importantly, those who smoke or vape marijuana while drinking can exhibit higher plasma tetrahydrocannabinol (THC) and feel a greater “high.”

According to the American Addiction Centers, alcohol and marijuana have many similar effects, but act through different mechanisms. "Both result in sedation, alterations in judgment, perceptual effects that include time distortions and even minor hallucinogenic effects, and physical effects that include slowed reflexes and decreased motor coordination," according to the Centers. Marijuana affects the cannabinoid receptors in the brain, whereas alcohol affects several neurological pathways, in particular, the neurotransmitters gamma aminobutyric acid (GABA, an inhibitory neurotransmitter) and NMDA (N-methyl-d-aspartate, an excitatory neurotransmitter).

Publishing in Nature, researchers assessed dynamic functional network connectivity (dFNC) using functional magnetic resonance imaging (fMRI) among 534 participants grouped according to combinations of nicotine use, marijuana use, and alcohol consumption. They found a trend toward decreased connectivity primarily in areas of sensorial and motor control among those who had a history of marijuana and alcohol use.

They also suggested that the effects of marijuana and alcohol may be additive, thus, once again, reinforcing the notion that alcohol and marijuana combined is worse than either alone.

In a novel study, researchers used a questionnaire to assess the motives behind the combined use of alcohol and marijuana in 286 young adults. Importantly, they found that the combined underlying concurrent uses were similar but distinct from the use of either drug separately.

First, participants used alcohol and marijuana together to “get high” and enjoyed the “feeling.” They also liked the feelings of altered perception. Second, the drugs were combined as a means of coping: to forget problems, to decrease social anxiety, and to help with sleep. Third, users used the combination to celebrate. And fourth, in this younger cohort, conformity played a role in deciding whether to pair alcohol and marijuana, including a desire for social acceptance, response to peer pressure, or the avoidance of teasing. Although these factors are probably less relevant to adults, one intriguing finding is that concerns over conformity were less influential than other motivations underlying such polysubstance misuse.

Although more research needs to be done, it appears that the risks of combining alcohol and marijuana are greater than the sum of their parts. Please keep in mind that some of these heightened risks not only impact the user but those around them. Getting behind the wheel of a car while altered on marijuana and alcohol, for example, predicts harm to society. If you suspect that a patient is regularly partaking of such polysubstance misuse, it may be a good idea to refer them for addiction services.

Click here to learn more about related topics at MDLinx.

Here’s how this popular beverage can affect your mood

Weight-loss supplements that actually work, according to research